Ja, that IS a German cover of Kelis’ ‘Milkshake’ in the ‘Hunters’ season 2 trailer

It’s safe to say that Kelis didn’t imagine her hit song “Milkshake”, would be used to tease an upcoming series about Nazi hunters. But here we are!

Your ears are not deceiving — when you play the first full-length trailer of the new (and final!) season of Prime Video’s post-19WII alternate-history drama, HuntersThroughout the tense footage, a Yiddish rendition of Kelis’ famous song “Milkshake”, plays. It’s a wild musical choice for a show. Hunting down Nazi leader Adolf Hitler (played in Udo Kier)., and even Hunters Star Logan Lerman It’s too much: “Would only return for it.” Hunters S2 if @amazonstudios samples @kelis in trailer The actor made fun of Instagram.

David Weil executive produced and created the farewell season. Hunters After an accident halts their European exploits, the Hunters must reunite to hunt down the most notorious Nazi in history who is hiding in South America. Meyer Offerman (? ) is revealed as a glimpse into the past.Al Pacino) He is confronted with a dangerous threat that could reveal his secret and expose his true identity. This could have explosive reverberations on our Hunters.

All eight episodes will premiere on Prime Video Jan. 13. You can watch the season 2 trailer right now. But, please don’t get the Yiddish lyrics stuck to your head. 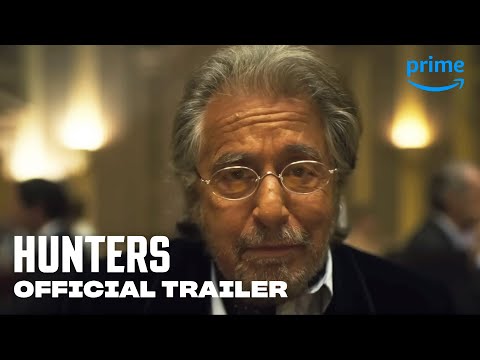 Correction: An earlier version of this story incorrectly stated that the cover for “Milkshake”, was in German.