About 29% of Indonesians work in agriculture.However, many small farmers are faced with challenges such as low access to working capital. Eratani It is an end to end management system that helps farmers get financing and supplies and then sell their crops when they are ready. Today, the startup announced that it raised a $3.8 million seed round. It was led by TNB Aura, a Singaporean VC firm, and included participation from AgFunder Capital, Trihill Capital, and B.I.G. Ventures.

Soeherman learned about the struggles faced by farmers from his uncle, who owned an agricultural supplies company. TechCrunch was told by Soeherman that most agritech companies address farmers’ downstream needs. Eratani was initially developed to address upstream issues. It then evolved into an end-to–end management platform for farms and goods throughout the entire production cycle.

One of the biggest problems facing Indonesian farmers is their need to borrow money to purchase agri-input products from stores. After they sell their crops, they pay off the loans, but the interest rate is around 20% per month, according to Soeherman. This means that they are trapped in a cycle debt. “In Indonesia, there is 33 million farmers. The majority of them are over 45 years old. If nothing changes, Indonesia will face a crisis in farmer regeneration within 10 years. 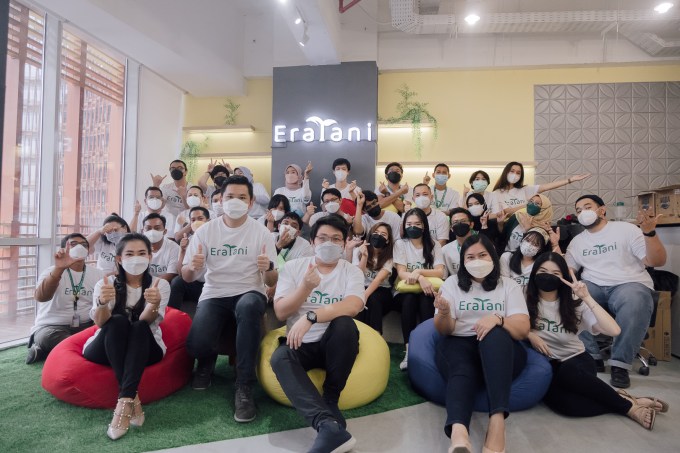 The management platform Eratani has is broken down into three parts. Agri Financing provides farmers with the working capital they need to plant. Agri Inputs offers advice from its agronomist team on how to use agricultural supplies. Agri Output, which is a market price system that can be used during crop distribution, is the final option.

Eratani also collects field data statistics in order to increase farmers’ productivity. Farmers can access Eratani’s Agronomists through the platform to get help with increasing their crop yield.

Soeherman stated that Eratani is different because he creates an ecosystem for the entire agriculture process, but he doesn’t consider other players to be competition. “In the agritech sector, we believe that the whole community should support and encourage Indonesia’s agricultural industry. There are more than 70 agritech companies in the space, but only 3% of Indonesian farmers have benefited from these technologies.

Vicknesh R. Pillay, founding partner of TNB, stated that the fragmented nature of the agritech sector in Indonesia has led to an inflection point. Eratani brings a farmer-centric approach, a strong team, and existing partnerships to the space. We are excited to embark on this journey with Eratani.