Channing Tatum and Sandra Bullock’s daughters no longer have beef

“They just want to hang out all the time.”

Tatum said his daughter Everly, 9, is no longer beefing with Bullock’s daughter Laila, 11, during a lie detector test for Vanity Fair this week.

Following “a couple scraps” at school, the duo “love each other now” and “literally can’t get enough of each other,” he said. “They just want to hang out all the time.”

“Of all the people — of all the people! — to fight with their daughter!” Tatum said during a joint appearance with Bullock on The Late Late Show With James Corden.

After one particular altercation, the school proposed an exercise in kindness: “The challenge was, ‘Who could be the nicest to the other one?'” Bullock said. “So they were bringing each other Dixie cups of water.”

The troubles stemmed from Laila and Everly “trying to alpha the other one out,” Bullock told The New York Times.

Tatum said he’s “blocked it all out,” while Bullock admitted that “there’s some PTSD attached to it.” But filming Lost City with Tatum helped pave the way for friendship, she said. “That’s the reason we did this film — so they could have one long, COVID-safe playdate.” 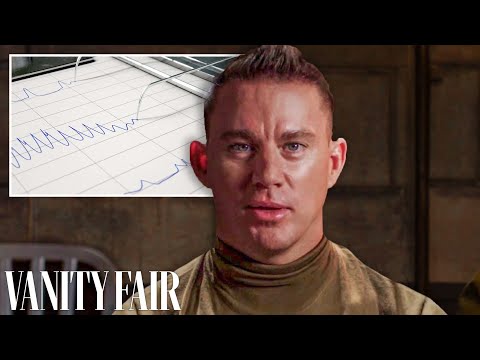 During his lie detector test, Tatum also fielded questions about how his exotic dancer past informed the Magic Mike films, his hatred for his G.I. Joe movies, and whether he or Jason Momoa is the “bigger daddy.” Watch the segment above.