It turned out that he wasn’t actually watching what was happening on-set.

Seacrest waged an earlier battle of the pleasantries against this week’s Live: Watch What Happens Cohen claimed that he didn’t wave to him during their respective New Year’s Eve broadcasts. While recording his radio show Radio Andy Cohen said Wednesday that he “didn’t see” Cohen and called his CNN co-anchor to prove his innocence. Anderson Cooper Live on-air support for him.

“[Seacrest] Cohen said to Cooper that he politely turned to him and waved at him. “And that I didn’t turn around.”

Cooper, who Did Seacrest exchanged waves with him, and said that it was because he “just happened” to turn at the right time and spot him. He said that he had seen him a few times, but I didn’t see him. “Then there was the one time I turned and he was right there by where they do an hourly like countdown.” 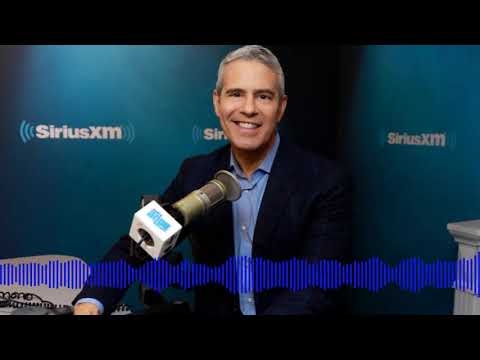 Cohen was “dealing with” the show at the time and missed the interaction for a brief moment. “Cooper stated that it all happened so quickly it wasn’t a big issue. “I mean, every year we say hi to each other… So I assumed you might have said hello before and I was just catching-up.”

Seacrest explained that Seacrest was the one who made this statement. Dick Clark’s New Year’s Rockin’ Eve The stage was right next to CNN’s. New Year’s Live Times Square, while on Live with Kelly & Ryan Tuesday. He said, “When I wasn’t working, I was trying get their attention.” “I just wanted a wave and to say hello, you know they have a wonderful show.”

“Anderson, the greatest, he turns his back and says, “Have a great show,” he continued. “Class. Class! Andy didn’t turn around.”

His co-host Kelly RipaHowever, Cohen clarified that he was “trying get your attention” but that they didn’t connect. “Really? I’m like, ‘It’s me! Guys, it’s me! Place me in your shot! “Put me in your background!” Seacrest made a joke on the show. “‘Cause, you’re all in this together, honestly. We are all within ten feet of one another doing the shows.”

Seacrest and Cohen have, of course had their fair share of New Year’s quarrels. While hosting New Year’s Live Back in 2021, Cohen, a drunk, famously attacked Seacrest and ABC’s broadcast. The company has since apologized.

Cohen was not-so-subtly shaded by Seacrest last month when he said that he doesn’t “Drink when you are on the air“, in an interview with EW last year. “I don’t know how this started as a tradition but it’s probably a good idea.” [to scale back]He said, “Thank you CNN.” “There are some very respectable people, or at least one, right?” It’s possible to have fun with a friend and a serious journalist, but it’s probably a good idea.