50 Cent reveals he and Eminem are developing an 8 Mile TV series: ‘We’re in motion’

It sounds like The Shelter may open its doors for rap battles once again.

50 Cent revealed that he and Eminem are in the process of adapting the “Not Afraid” rapper’s semi-autobiographical film 8 Mile for television.

“We’re in motion,” 50 cent said about the project in an interview with BigBoyTV on Friday. “It’s gonna be big… You know, I ain’t got no duds.””

The multi-hyphenate (real name: Curtis Jackson) explained that it didn’t take any convincing to get Eminem interested in transforming the 2002 movie into a series. “I think it should be there for his legacy, because if you don’t see… it’s important to me that they understand it,” the rapper said. 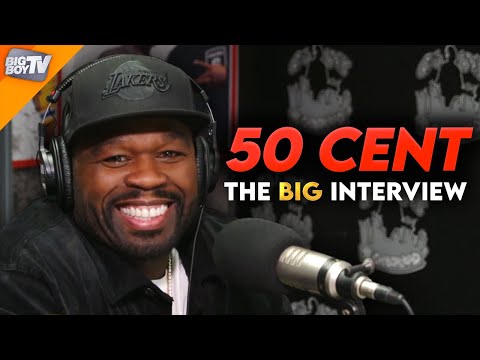 “I wanna be able to show and offer a lot more details — things that you would say in an interview or different things that you’ve already used that you put out there and stuff like that,” he said. “You’ll see those things kind of surface in the temperament of the characters.”

Representatives for 50 Cent and Eminem did not immediately respond to EW’s request for comment.

HOLLYWOOD, CALIFORNIA – JANUARY 30: Curtis “50 Cent” Jackson and Eminem attend the ceremony honoring Curtis “50 Cent” with a Star on the Hollywood Walk of Fame on January 30, 2020 in Hollywood, California. (Photo by Axelle/Bauer-Griffin/FilmMagic)

Directed by Curtis Hanson, the original 8 Mile follows Jimmy (Eminem), an aspiring young rapper living in Detroit, as he attempts to jump-start his career in the local hip-hop scene. Upon release, the film — which also stars Kim Basinger, Michael Shannon, Mekhi Phifer, Brittany Murphy, and Anthony Mackie — became an instant box-office hit, and soon after, its soundtrack dominated the Billboard album charts.

“8 Mile is a hip-hop fable built around bits and pieces of Eminem’s life and mythology, but it has an unruly immediacy all its own,” former EW critic Owen Gleiberman wrote in his 2002 review. “Even when the script is only adequate, Hanson’s staging is joltingly alive.”

Watch 50 Cent discuss the project in the interview above.